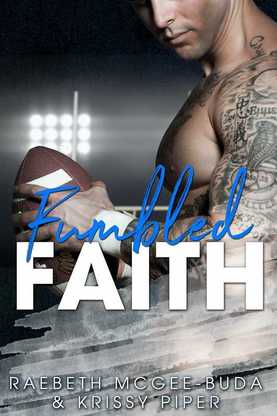 Kolten Caige focused on two things: football and his future. He wanted nothing more than to have the perfect life for his family. All his hard work and determination was about to pay off as he prepared to play in the biggest game of his life; the NFL Super Bowl. Feeling on top of the world, Kolten headed onto the field while everything he loved in life was suddenly ripped away from him. His pregnant wife, Grace and his princess, Lexi were all who he could think about when he looked at his newborn son lying in the NICU.

In this heartbreaking contemporary romance, Kolten discovers healing in the most unexpected places while his grief nearly drove him over the edge. Though his son fought for life, he contemplated ending his. Then Savanna stepped in, giving him a sense of life while sending his emotions into overdrive. Desperate to pull himself together for his son, Kolten escapes using Savanna as his outlet after her persistent support through his struggles; whether he wanted it or not.

​Emotionally damaged and lonely by his grief, Kolten fears his mind has moved on while his heart fumbles with the past.